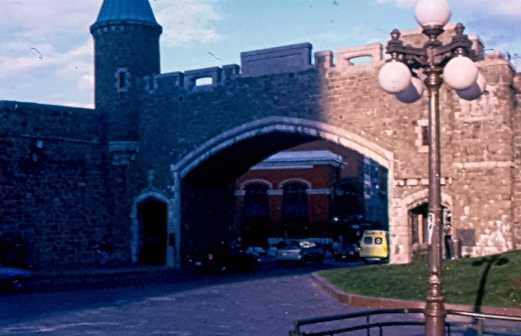 5 photos of Citadelle of Quebec

4 reviews of Citadelle of Quebec

The Citadel is undoubtedly the area's major tourist spot. Built in the 17th century, this fort defended the city from attacks until well into the 19th century. All of the walls and towers were declared a World Heritage Site by UNESCO in 1985. Not only does it transport you in time, but to medieval Europe. The walls, in perfect condition, can be walked upon, and the towers, which assemble the whole, are named after saints. Access into the citadel is made by different sized arches. The site's hilltop location, delineated by the Rio San Lorenzo, allows for surveillance. Currently the citadel, with its cobbled narrow streets, can be explored on foot and it's curious that French, the official language, is maintained at a high percentage in the population and all signage and warnings are also in French.

Lists and places related to Citadelle of Quebec

Information about Citadelle of Quebec