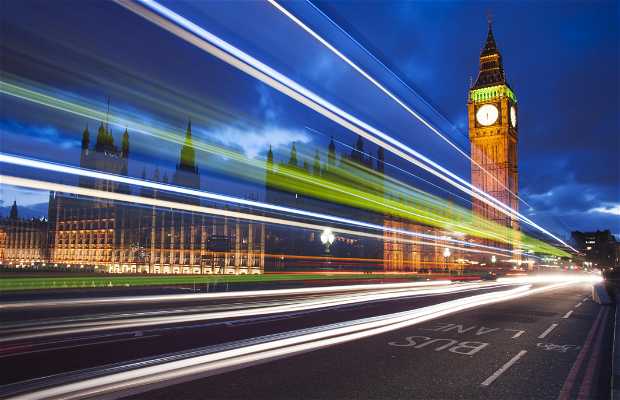 The name "Big Ben" commonly refers to the tower as a whole, but it's really just the clock (13 tons)at Westminster Palace, the home of Parliament in the United Kingdom. It is, in fact, the world's largest four-faced clock, and is the third highest clock tower in the world. The clock became operational in 1859, and due to Metro construction, the tower has been experiencing almost 1mm/yr. sinking since 2003. The metro stop is "Westminster". Once you exit, you'll have an opportunity to take the typical picture of the metro sign out front. It is also across the London Eye , crossing the River Thames.

It's always an exhilirating experience to see this iconic symbol at dusk. The beat of the city is palpable and to capture this image while on a tripod was one cool shot

To travel and take pictures is my passion. The beauty of catching the moment, and see things in your own way.

I absolutely love this building. I could look at it and shoot it for hours. Luckily, I work just around the corner :-)

The fiery skies over London was a beautiful image that I had to capture. It was almost a special feeling that day which I will never forget.

Looks more little when you stay there, but it is magic, anyway.

Unreal view from the london eye!

A quite stunning sight that's unmissable for anyone keen to see the best sights of the city.

Icon place from London you must visit.

A bit too touristic on my point of view but once in life it worth to see it.