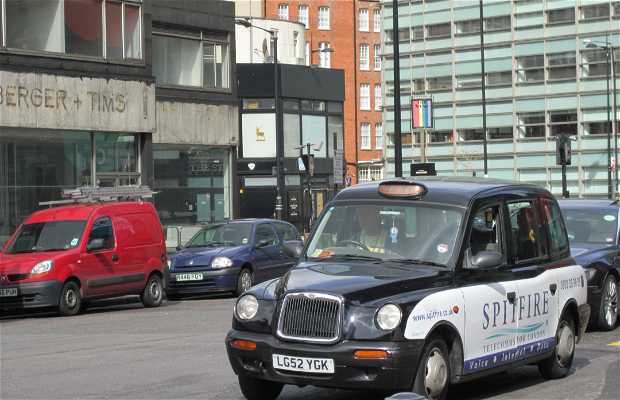 The 21,000 black cabs that roam the streets of the British capital are the modern version of "Hackney carriage" that existed in London since the early seventeenth century. They occupy a special position in the law: unlike other taxis that must be booked in advance, black cabs can be hailed in the streets. Drivers must pass an exam called "The Knowledge to demonstrate their knowledge of the city's thousands of streets". You have to use one while in London, and try to find an old-style one, with rear-facing doors!

Here is the typical London taxi. These black cabs are everywhere in the city center. The back is spacious, with room for luggage or for you to stretch your legs, and sometimes they even have small televisions. A real pleasure! You can also try mini cabs, normal cars with a sticker to show that the driver has a taxi license. You can book them by phone or in offices in strategic places, near stations for example.

Links to Black Cabs
Hotels near Black Cabs Of Touristic Interest in London
See something odd?