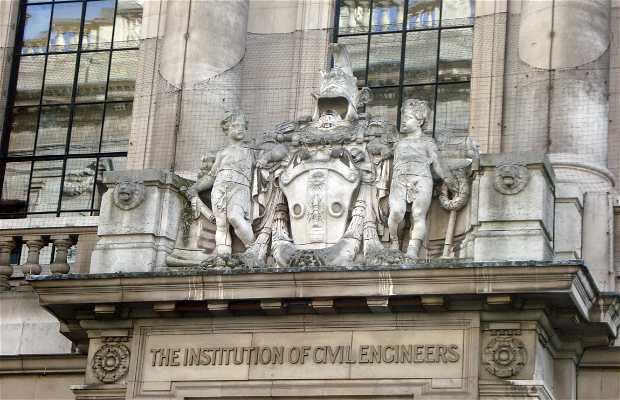 This building, which was built between 1910 and 1913, has been described in some guidebooks as a modern version of the late Renaissance style. It was designed by James Miller, ve won a competition with his design, and is really beautiful. I could only see the outside, with the crest of arms on the door, but they say that the interior is even more impressive with marble staircases, luxurious rooms, paintings and frescoes. The two bronze lamps on either side of the stairs are printed with the word One, referring to the street number. I took the pictures by day, but the night view is really amazing.

Lists and places related to Institution of Civil Engineers (ICE)