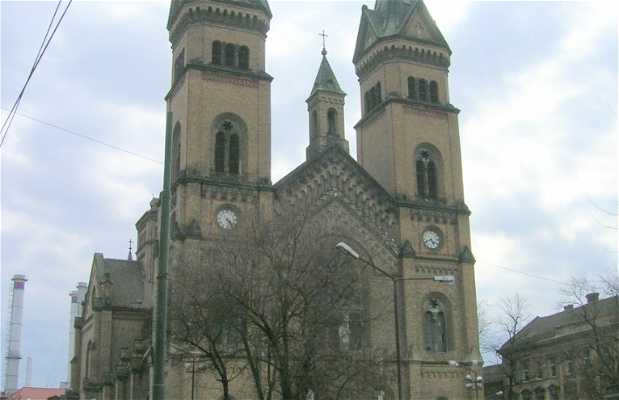 The Millennium Cathedral is the largest Catholic church that can be found in the city of Timisoara. Its name comes from the fact that it was built to commemorate the 1000th anniversary of the arrival of the Hungarian people to Romania. It was built between 1896 and 1901 that architect Lajos Ybl designed this cathedral in neo-Gothic style. It's a daunting building constructed out of brick, the most notable being its two tall towers 65.7 meters high and a large bell weighing 2,420 kg, and a large central dome 45 meters. The interior has three naves with side chapels, the most important piece is the