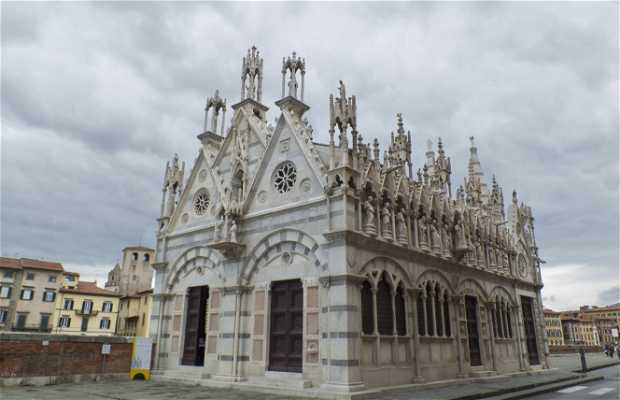 Built in 1230, it was originally known as Santa Maria di Pontenovo. The name of Spina (the spine) is derived from the presence of a thorn, a relic allegedly belonging to Christ's crown of thorns, which was brought here in 1333. In 1871, the church was moved and rebuilt at a higher level, to keep it safe from the waters of the River Arno. During the process, the church was slightly altered. It has a single nave with a nineteenth century painted ceiling, and in the centre you can see one of the greatest masterpieces of Gothic sculpture, the Virgin of the Rose, by Andrea and Nino Pisano. Another of