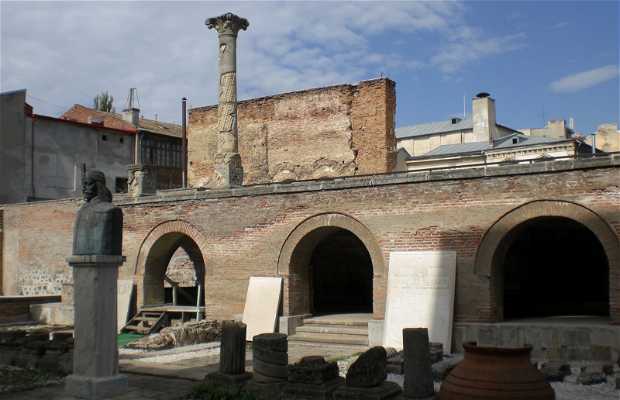 Built by Vlad the Impaler

Curtea Veche is an old royal palace that was apparently built by Vlad Tepes around the fifteenth century. Vlad the Impaler, as he is commonly known, was the inspiration for Bram Stoker's Dracula. He ascended the throne during a war that left many dead, and refused to pay taxes to the Ottomans. They sent armies to assassinate him and he not only killed them all, but he beheaded and impaled a great number of them - hence his name and reputation. The Curtea Veche is in one of the oldest parts of the city and is actually located on a fault line, which explains why there has been so little modern construction.

+4
Like
patojo
See original
Like
Have you been here?
Add your opinion and photos and help other travelers discover