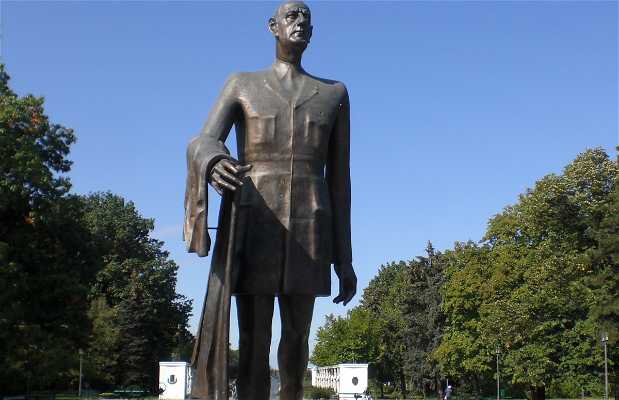 The Place Charles de Gaulle, or Piata Charles de Gaulle in Romanian, is a square in northern Bucharest, on the intersection of Aviatorilor and Prezan Constantin Avenues. As you walk through the gardens, you'll come to a lake. In the centre of the square is the Millennium Cross, a sculpture by Neagu, which was built in the 1990's. In 2006, a statue of General Charles de Gaulle, the work of Mircea Spataru, was unveiled. It stands nearly five feet tall. The square was originally named for Piata Jiano, a popular hero from the revolution. During World War II, it was renamed after Adolf Hitler, but after the end of the war the name changed again - first to Stalin, during the communist era, and finally it was given the name of Charles de Gaulle during the 90's.

Like
paulinette
See original
Like
Have you been here?
Add your opinion and photos and help other travelers discover