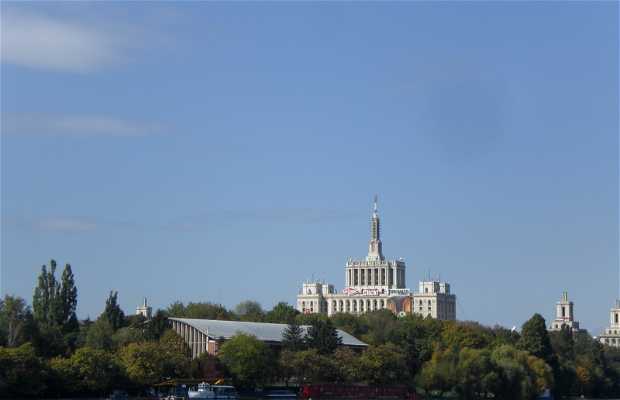 The name Presei Libere means "free press". It is a huge building next to the Herastrau lake and public park. From its construction in 1956, until 2007, it was the tallest building in Bucharest. Before then, it was a horse racing track. Construction lasted from 1952 to 1956, and the building was originally named Scinteia after a communist newspaper. It was designed by the architect Maicu, in a style typical of Soviet socialist states; it looks like the building of Moscow University. It was built to house all the capital's press equipment. In total, the building covers 32,000 square metres, and measures 92 metres high without its antenna, which adds another 12 metres to the height - a total of 104 metres.