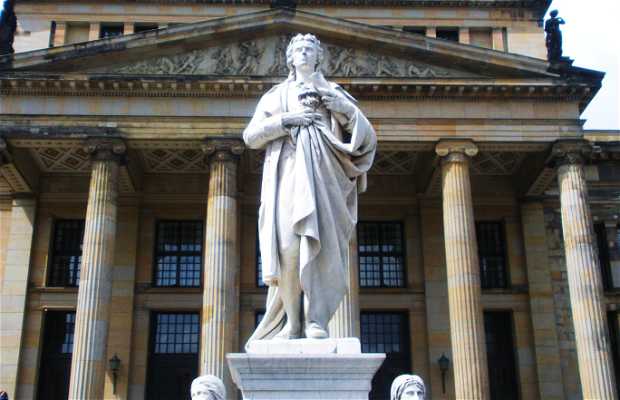 Gendarmenmarkt square is one of the most beautiful in Berlin. It has two churches, one French and one German, and in the center is the beautiful statue of the poet Schiller. Johann Christoph von Schiller was a poet and philosopher, author of several German plays. He was born in the mid-eighteenth century, and wrote many works which are now classics of German literature. In this statue, he is represented as a Roman or Greek antiquity, with a toga and a laurel wreath on his head and his writings under his arm. The statue is placed in the center of the square, in front of the Konzerthaus, former National City theater.