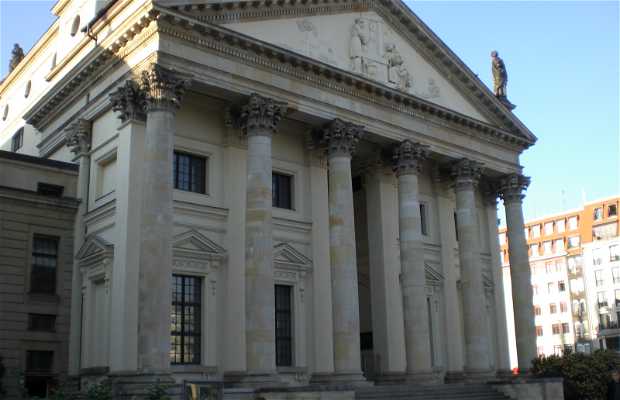 Located on the Gendarmenmarkt, French church symmetry has influenced the German church on the other side of the square. It is also the Huguenots museum, French Protestants who came to Germany in the Middle Ages, who were wealthy merchants. The museum is open in the afternoon. The church was built just for the French Protestants in the eighteenth century. But during the Second World War, the dome fell. Re-built in the 80s, it is very pretty. You can climb the tower for a grand staircase of over 250 steps. From the balcony there are good views over the square and the city. Admire the multitude of small bells under the roof.

The French Church of Friedrichstadt (Franzosische Friedrichstadtkirche) was built in this square, one of the most beautiful in Berlin, 1701-1705. It's the church of the Protestant Huguenots ve fled from France to Berlin. In 1786, as part of the reform of the Gendarmenmarkt, it's impressive tower was opened. The cathedral was badly damaged during World War II and rebuilt in 1977.