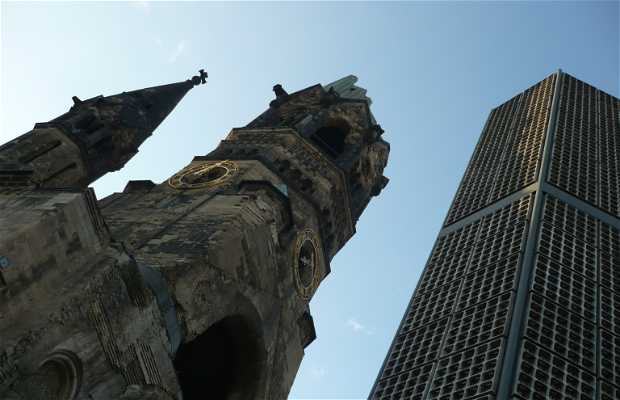 Wars are hated for destroying human lives, but the monuments that arise from them are often gems. It is strange and paradoxical to think what is capable of building the human being can be, in turn what can destroy it. This is the case of an architectural structure located in Berlin. It is a Lutheran church called Kaiser Wilhelm Memorial. It was built in memory of Emperor William. You can find it in the very near Breitscheidplatz Tiergarten. Go inside to contemplate the blue light in its purest form, because the walls are covered by more than 20,000 blue crystals. I was really surprised.

The church of memory, also called Gedächtniskirche, is one of the most outstanding monuments of Berlin and, personally, the most spectacular and different. Located in the center of the old west side, in the district of Checkpoint Charlie, where there are also hundreds of stores and malls. Built in 1895 by Emperor Wilhelm II in honor of his grandfather Guillemo I. It is neo-Romanesque architecture and one of the few buildings in Berlin that was not rebuilt after the war, traces of bombing left so everyone remembers what happened. So, the only thing left standing of this majestic church is its bell tower, which is also known as the hollow tooth.