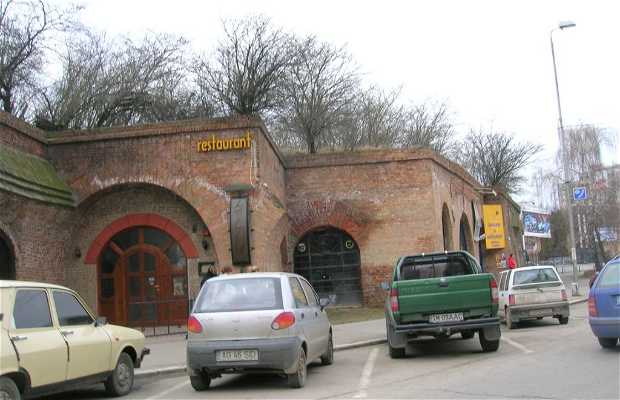 Timisoara was a fortified city, for which the fortress was built in the twelfth century. Builders subsequently added two more rings of walls in the 14th and 18th centuries. The fortress was a Vauvan type fortification that has 9 towers or bastions and 3 gates. It was built of limestone, clay and wood. The Presidium of Maria Teresa is the only original fragment that remains of the old fortress today, and it was built in 1730. The rest was destroyed in a controlled demolition in the late nineteenth century and its materials were then used to build other buildings and paved streets. The Bastion is named in honor of Queen Maria Theresa.