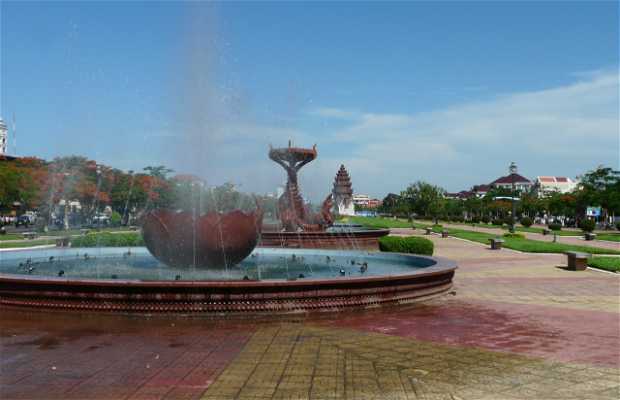 A new stage in the life of the country

Built in 1958 to commemorate the end of the colonial area and the departure of the French, the Independence Monument marked the beginning of a new stage in the life of the country, although today it is a symbol of the wreckage wrought during the Cambodian civil war. The monument stands on the city's largest and most congested roundabout on Preah Sihanouk Samdach Blvd. and Preah Norodom Blvd. It made of garnet and covered with "nagas" (a mythical species of snake). There is not much to do there, but when you're on your way to the Royal Palace, for instance, you can take a detour to snap a souvenir

Totally worth a photo and a nice walk at sunset or evening to get a peek of what's daily life like in Phnom Penh. There's a lot of local food and drink stands that will make your stroll an even more interesting experience

Lists and places related to Independence Monument in Phnom Penh