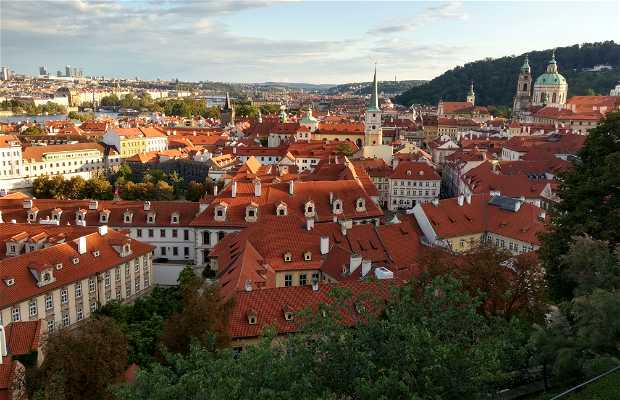 One of the most beautiful cities in the world

Prague...one of the most beautiful cities in the world. If you do visit, you will enjoy centuries-long history, beautiful historic buildings, bridges over the river Vltava and numerous towers. Visit the Royal Castle, watch the parade of the Royal Guard, and see the panorama of Prague from the lookout near the royal vineyards.

You absolutely must visit the numerous beer halls in Prague and test the many types of quality beer; the most popular beer gardens are a small family breweries with limited-edition un-filtered beer.

Visit the restaurants and find a very delicious variety of Czech specialties...my recommendation is veal steak in blueberry sauce.

“It was late evening when K. arrived. The village lay under deep snow. There was no sign of the Castle hill, fog and darkness surrounded it, not even the faintest gleam of light suggested the large Castle. K. stood a long time on the wooden bridge that leads from the main road to the village, gazing upward into the seeming emptiness.”

So begins The Castle, Kafka’s masterpiece about K’s tragic and absurd struggle with a formless, shadowy authority to access the even more mysterious castle, which dominates both literally and metaphorically the village below. Kafka’s break-neck pace, his fluid and punctuation-less paragraphs, his bumbling yet deeply disturbing characters all create an atmosphere of dread and of coming calamity. K challenges, he fights; K. retreats, he loses. Every time K senses he has won or has found a path through the town’s thorny thick, the pendulum swings back. Hope is lost. The castle is impenetrable; its representatives, inscrutable. He suffers and he hurts, his resolve defeated but K. must struggle on. In the end, as in most of Kafka’s works, the protagonist loses; authority, not ever specifically defined, wins.

+7
Like
Have you been here?
Add your opinion and photos and help other travelers discover