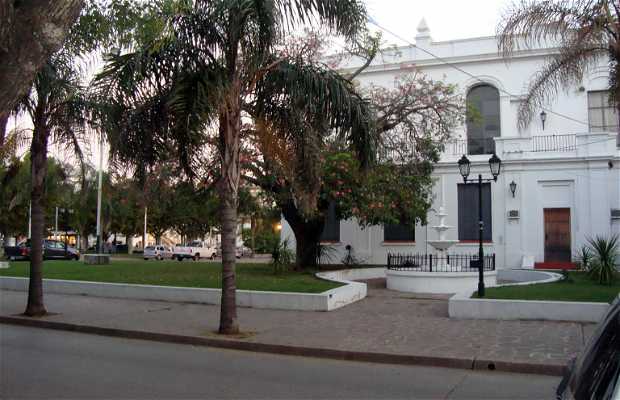 Initially occupied an old farmhouse on the same block but due to the relentless increase in population, the then Mayor, Don Daniel Videla Dorna ordered the old building to be demolished, and in 1935 he began to build a larger one with modern architecture, it was inaugurated in 1936 and is the current building. Immaculately painted white it has extensive facilities and municipal departments such as the Municipal Health Secretariat and others located there.