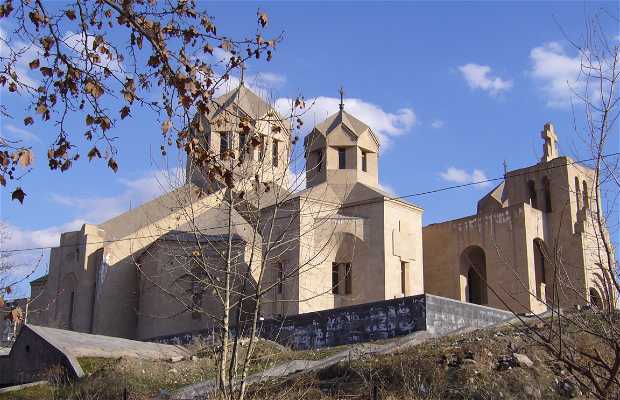 Three churches in one

The Grigor Lusavorich National Cathedral is one of the most controversial churches in Armenia. This huge cathedral was built in 2001 to celebrate the 1700th anniversary of Christianity as the country's official religion. It's between Kino Russia and the Boulevard Tigran Mets, and it's almost impossible to miss because of its exterior. Actually, it has three churches in one: The main one features 1,700 seats, then the chapel of St. Tiridates and the Chapel of Santa Askhen Queen both have 150 seats. These two figures played a role in helping St. Gregory the Illuminator convert Armenia into the world's first Christian country.