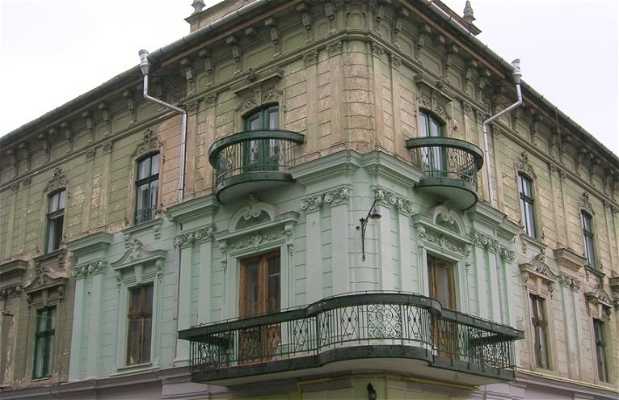 The Home of the Prince Eugene of Savoy can be found on the street that shares the same name, near the tourist information office. It is a palace-style building that was built in 1817 in the place where there had previously been a wall of doors that allowed access to the fortified city. Eugene of Savoy is an important character in Romania's history. It was he who led the Austrian imperial army liberated the city of Timisoara of Turkish occupation in the year 1716.

Links to Printului Eugen of Savoy - Home of the Prince Eugene of Savoy House
Palaces in Timisoara
See something odd?