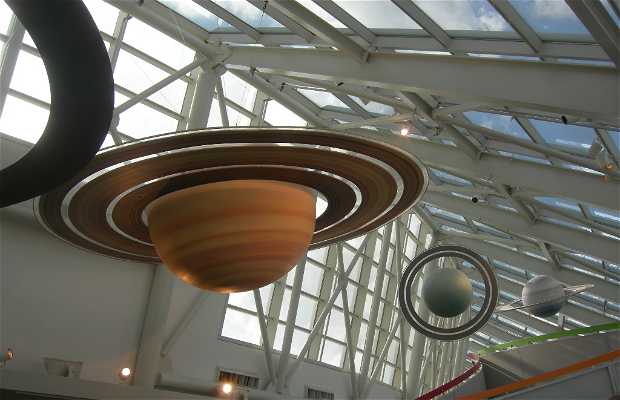 Adler Planetarium is one of the world's oldest and one of the main attractions of the Chicago museum district. It's at the end of a pier in the middle of Lake Michigan, where it enjoys a privileged view of the city's skyline. Built in the 1930s out of beautiful pink marble, it was once a marvel of technology. It was subject to extensive renovation in the late twentieth century, when the building was expanded in a way that significantly altered the original structure. Architecturally it seems a bit of a mess to me. It does, however, now have two more projection rooms and more exhibition space. Currently, as a museum with permanent and temporary exhibitions with multimedia projections of various types, including the planetarium.